Home » Actors on Acting » Hugh Jackman on Being Lucky, Going to Drama School and How Theatre Makes Him a Better Actor 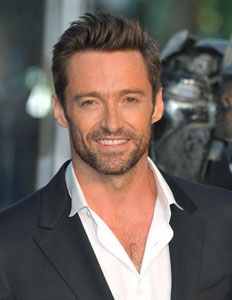 Some actors get so associated with iconic roles that it’s hard to accept them in any other movie.  Christopher Reeve, for example, had problems getting people to see him as anything other than Superman despite starring in a myriad of other films.  However, despite the fact that Hugh Jackman will be appearing as Wolverine for the seventh time in next year’s X-Men: Days of Future Past, moviegoers have easily accepted Jackman as vastly different characters in films like Les Miserables, The Prestige and Prisoners.

In an interview with The Huffington Post, Jackman speaks about his relationship to his most famous character and how it set him apart from other actors who share similar origins.

Jackman credits Wolverine as the reason he’s famous enough to pursue other projects.  He explains, “I’m totally aware, man, how lucky I am. Shit, man, I went to drama school with 16 other kids. No one was saying, ‘Oh, this is the guy that’s going to make it.’ I mean, there’s something real random about it… And honestly, there was probably eight out of us out of that year that people were like, ‘OK, they’re on a level.’ But there was one or two people who definitely would have been most likely to succeed. In fact, there was an award, Most Likely to Succeed.”

So naturally you expect that the incredibly talented Jackman — who can act, sing, dance, and do action stunts — won that award, right?  Nope!  He reveals, “And I did not get it. No. So there is something random about the business — and the fact that I lucked out on that role as my first role — even if it wasn’t a good role — I would have taken it. It was a first movie. But I really lucked out.”

Without winning over the comic book crowd as Wolverine, Jackman doubts he’d have anything close to the success he’s had now.  He points out, “My career without that role would be a very different — if you could call it a career at all.”

Ultimately, Jackman hopes he can continue to attract fans to his non-Wolverine projects, including his roles on stage.  He says, “I like doing theater and doing — for me, the greatest way to use power in this business is the power of choice and variety of genres and venues. It makes me a better actor. It keeps me fresher. And the challenge of it, I love.”

Share
Tweet
Pin
Previous ArticleDaniel Brühl: The German Star Takes On Legendary Race Car Driver Niki Lauda in ‘Rush’
Next Article Is the Viral Video of Husband with Amnesia Complimenting Beautiful Wife a Hoax Because the Husband is an Actor?