Home » Actor Tips » Michelle Pfeiffer: “I’ve always had this feeling that one day they’re going to find out that I’m really a fraud” 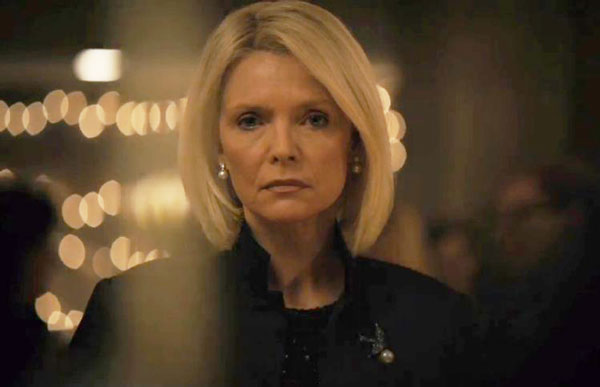 “I still work pretty instinctually—it’s a little bit like hearing the rhythm of the character in your head.” – Michelle Pfeiffer

Though Scarface and Batman Returns star Michelle Pfeiffer took a step back from acting for much of the last 15 years — including two lengthy breaks from 2003 to 2007 and again from 2013 to 2017 — Pfeiffer has returned with three movies in the pipeline for 2017, including TV’s The Wizard of Lies and Kenneth Branagh’s Murder on the Orient Express. Her return to working regularly has perhaps influenced her to reflect on how she got involved in acting in the first place. For Interview Pfeiffer spoke with filmmaker Darren Aronofsky, who directed her in the upcoming film Mother!, about how she got started in acting and why she still feels like she’ll be exposed as a “fraud.”

Pfeiffer reveals that she started acting in high school in order to get out of an English class, but at the time she didn’t consider it a career choice. She explains, “I took theater to avoid taking an English course because I was terrible in English. And all of the kids in the theater department were thought of as being the strange kids on campus. But I felt right at home, which meant, I suppose, that I was one of those strange kids on campus. But nobody told me. And I loved it. I ditched every other class but that one. But I didn’t think about it seriously because it wasn’t in my reality at all. Then I went to court reporting school and started working at Vons supermarket.”

She admits that stenography school was simply her trying to find something to do. She says, “I didn’t know what else to do. And my friend’s mother was a stenographer. I thought, ‘Okay, I’ll try that.’ I didn’t like it. So then I was working at Vons supermarket. I was a checker. And I got kind of frustrated there. I remember distinctly standing in the check stand in a fit of desperation and wanting to tell one of these customers where they could shove this cantaloupe. I thought to myself, ‘What do you want to do with the rest of your life?’ And it was acting.”

But making the move to acting wasn’t easy, and she wasn’t overtly passionate about it, either. Pfeiffer continues, “I remember reading somewhere that a lot of people don’t have a passion. And there’s this pressure to have one. It’s perfectly fine not to have one. But to be lucky enough to know what that is at such a young age is really a blessing. I actually got some really positive feedback from my teacher in high school. She said that I should take it seriously. It gave me just that little bit of confidence that acting was something that I innately knew how to do. It tapped into that part of me that somehow knew when I was watching those movies on television. I read this book by two Stanford professors recently called Designing Your Life. What they saw is a lot of students, really bright students coming out of their program and not knowing what to do. So they actually designed a class called Designing Your Life. And one of the things they talk about is—and this is how I approached acting—that it’s okay to fail. You try different things. Like a designer with Post-it notes, you throw out bad idea after bad idea until you stumble upon the good one. It’s by accident. And that’s what I did. I was young enough to think, ‘Okay, well, I have this safe job at Vons, a good job I can make a living at, with benefits, but what I really want to do is be an actor. And I’m young enough that, if I fail, I can do something else.’ And somehow I had the courage to do that. So the question was, ‘What do I do about it?’ I was really embarrassed because I thought everybody would think I was being ridiculous and arrogant. I told one person, my hairdresser. And he said, ‘You have to get pictures.’ I didn’t know what a head shot was.”

Pfieffer admits that her acting and performing skills haven’t changed much over the years, and it’s something she remains self-critical about. She says, “I didn’t have any formal training. I didn’t come from Juilliard. I was just getting by and learning in front of the world. So I’ve always had this feeling that one day they’re going to find out that I’m really a fraud, that I really don’t know what I’m doing… I’ve taken a lot of workshops, worked with some really masterful teachers, and I don’t know that my method has actually changed from the beginning. I still work pretty instinctually—it’s a little bit like hearing the rhythm of the character in your head.”

Share
Tweet
Pin
Previous ArticleChristina Ricci on Why it’s So Hard to Cast Her
Next Article Ruth Wilson on Creating a Character, Accents and More