Andy Samberg on Leaving ‘SNL’: “It Was Not an Easy Decision”

It had to happen sometime. Just as Will Ferrell, Tina Fey, his fellow cast member Kristen Wiig and many other stars outgrew and graduated from the Saturday Night Live stage, so has longtime cast member Andy Samberg.

“I’ve definitely been really broken up about it.  It’s been a super-emotional time.  It was not an easy decision,” Samberg told Collider.com over the weekend. “I’ll always be grateful that I got to do it. It was my dream job, since I was eight. Even now, I feel conflicted about it, a little bit.”

Samberg, who moonlights with comedy music troupe The Lonely Island, is currently doing the promotional rounds for his latest film, That’s My Boy, which co-stars Adam Sandler and is due June 15. His most famous SNL roles were from the show’s Digital Short series, which at various times found fighting off laser-wielding cats, sending up Weekend at Bernie’s and rapping about his fake man-crush on Iranian President Mahmoud Ahmadinejad. Most recently, he and fellow SNL regular Chris Parnell closed the show’s 2011-2012 season with an update of their classic “Lazy Sunday” bit.

“I was pretty sure that I was gonna go. The end of ‘Lazy Sunday’ was that for me,” he explained. “It was a nice way of saying goodbye, in my way, in the shorts, which was the way that people viewed me the most on the show.”

As can be expected, Samberg didn’t have an easy time breaking the news to showrunner Lorne Michaels. “He’s been through it so many times, and he’s not going to sweat you… It’s hard to convey to him, in a way he hasn’t heard before, how much he’s changed your life. Everyone he picks to be on that show, he changes your life, forever,” he said. “I’m forever indebted to him.”

Previous ArticleAndrew Rannells on ‘Girls’ and His Upcoming Fall Show, ‘The New Normal’
Next Article Martin Starr: “I’m allergic to money, because the choices that I make usually concern the people and the project itself, rather than the financial gain that is projected” 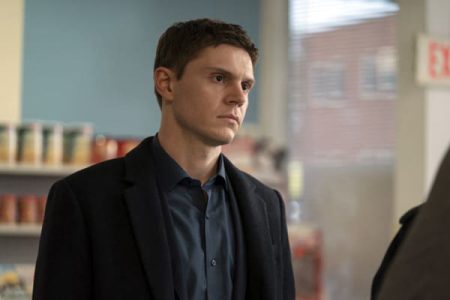