Watch: The Cast of ‘Brooklyn Nine-Nine’ Share Laughs About Working on the Series Q & A: Andre Braugher on ‘Brooklyn Nine-Nine’: “I’ve sort of committed myself to perfecting the art of the straight man” 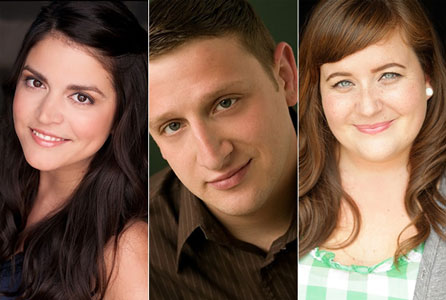 While many Saturday Night Live cast members begin their careers in standup, others aren’t so comfortable with being themselves on stage all by themselves. Bill Hader, for example, might be nominated for an Emmy for his work on the long-running sketch show, but the idea of doing stand-up comedy is something so challenging for him. It’s becoming increasingly common for actors to write their own film scripts, particularly for smaller, independent projects that actors do in between the big-budget studio films. Add Rashinda Jones to the list, as the former The Office star co-wrote Celeste and Jesse Forever with fellow actor Will McCormack, and the pair also star in the film alongside Andy Samberg. Jones spoke to the Huffington Post about writing the film, the challenges associated with performing a character after creating her, and whether funnyman Samberg was able to handle the film’s serious elements.

Andy Samberg on Leaving ‘SNL’: “It Was Not an Easy Decision”

It had to happen sometime. Just as Will Ferrell, Tina Fey, his fellow cast member Kristen Wiig and many other stars outgrew and graduated from the Saturday Night Live stage, so has longtime cast member Andy Samberg.

Gwyneth Paltrow, Reese Witherspoon, Cameron Diaz and Ryan Murphy may not know what it’s like to be down-on-their-luck has-beens, but according to a Deadline.com story, that isn’t stopping them from making a movie about them.

Here’s 5 clips from the Anna Faris and Chris Evans film, What’s Your Number?