Home » Film » Mark Ruffalo on Playing The Hulk in ‘The Avengers’: “I just think it’s a natural progression of the other performances” 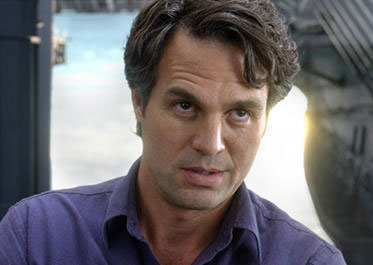 Mark Ruffalo is the third actor to take on playing the Incredible Hulk, after Eric Bana and Edward Norton.  But Ruffalo has already been receiving great reviews for The Avengers, which will be released on Friday.

In an interview with MTV.com, Ruffalo said, “It was very daunting.  I’ve never had a part so harshly reviewed before I even shot a single frame of film. The fanboys had a lot to say about it—granted, they had a great deal of care about this part and a lot of sentimentality as well, as do I, growing up on it.”

Ruffalo noted that he has some advantages over the other two actors who played the role before him.  He said, “There have been other great performances as Banner.  The only real edge that I had was that the technology had changed so much since that last movie that I actually got to play the Hulk.”

The Oscar-nominated actor thinks the first two movies only aided his performance.  Ruffalo said, “I just think it’s a natural progression of the other performances.  When you find the guy at this point, he’s tired of running.  He’s got a wry sense of humor about himself.  He’s ready to turn and face the world.  He’s got a charming world-weariness that’s kind of knocked the edges off of him and made him slightly more accessible.”

Share
Tweet
Pin
Previous ArticleJack Black on Working with Richard Linklater and Playing the Real-Life ‘Bernie’: “There’s something about playing a real person – I’m not accustomed to that kind of pressure”
Next Article Interview: UK Star Ricky Whittle Tries His Luck in America and Comes Up a Winner