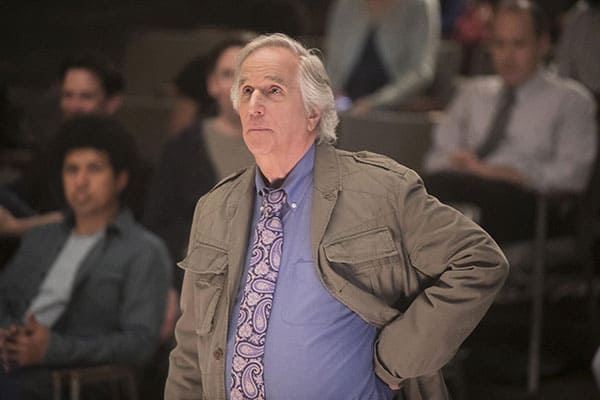 “I never thought that there was anything else that I could possibly do in this world except to try and be a working actor.” – Henry Winkler

Who doesn’t love Henry Winkler? The former Fonz — who is also a Golden Globe and Emmy Award winner — is receiving some of the biggest critical acclaim of his career in his current role on the HBO series Barry. Speaking about his career at length with NPR, Winkler reflected on some of the peaks and valleys of his career, from making commercials to Happy Days to the lean years.

When it comes to being an actor, Winkler reveals that he never considered another option for a career. He says, “I knew that I wanted to act since I was old enough to reason. I never had a Plan B. I never deviated. I never thought that there was anything else that I could possibly do in this world except to try and be a working actor.”

To that end, though he attend Yale School of Drama and studied classical theater, he pursued paying acting jobs so he could still act on stage. He recalls, “I got great at getting commercials and I didn’t have to do another job to make ends meet. I made my living and I could do plays for free at the Manhattan Theatre Club at night. Everybody I went to Yale with said, ‘I don’t know how you can do commercials; we are trained for theater.’ Except that the money I made from commercials allowed me to go to California for a month and be able to survive, and within two weeks I got Happy Days.”

Nonetheless, though Winkler became a TV icon playing the Fonz on Happy Days, being so closely identified with the role did hurt his career for a period. He says, “It took me maybe eight years after the Fonz to really get a good acting role.”

On Barry, Winkler portrays an acting instructor. In terms of his philosophy of teaching acting, Winkler explains, “A lot of acting teachers, they talk about breaking bad habits, they talk about breaking you down, and I totally get that. But I’ve taught four classes in my life and I think you can get an actor to move off their position without making them feel like poop from a whale at the bottom of the ocean.”

More: Henry Winkler on His Early Years and Playing an Acting Teacher on ‘Barry’