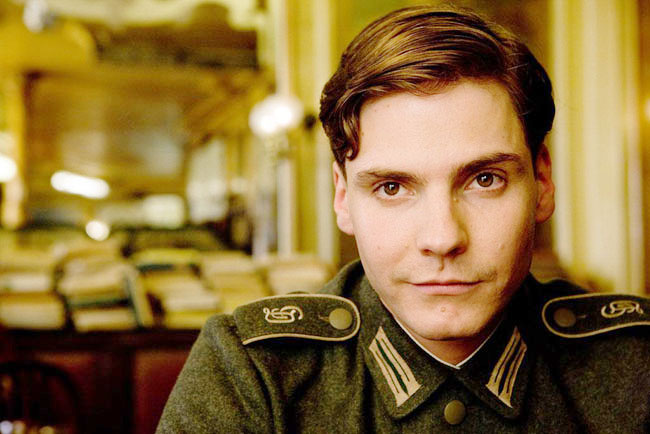 It’s not going to be apparent to anyone who goes to see Inglourious Basterds, but you actually speak fluent English. Why don’t you do more American films?

Actually, it makes sense for me to stay in Europe, as I very much consider myself a European actor — also, I’m half-Spanish, and over the last few years I’ve tried to get into the Spanish cinema. So I stay here because the offers that I get for bigger parts came from Europe, not the U.S, but I’m always open to the idea. In the case of Inglourious Basterds, it just made total sense to be in it. I found it to be a very good idea of Quentin’s to choose German and French actors to play these European parts. As I said, though, I’m open to any good project, no matter where it comes from.

Was Quentin already familiar with you and your work?

Well, I was very happy to know that he enjoyed Good Bye Lenin! so much. I think it’s one of his favorite German movies of the past few years, and he said that to him, it was the kind of movie that’s started a renaissance of new German cinema. He was also in the jury at Cannes when we showed The Edukators in competition, which I think he also liked. I think he was very clear on certain parts. It had never happened to me before that I got a call on the same day as the audition of the director offering me the part, so I was very thankful that he didn’t let me wait and make me too nervous.

Were you nervous beforehand, though?

I was totally nervous! I’m always nervous doing auditions — to be honest, I hate it. [Laughs] I always envy the actors who are so cool and cold-blooded when they go in for an audition, especially if it’s for a part that you would really love to play. So of course I was nervous — plus, he was playing the scenes with me in a female voice.

He was acting out Shosanna opposite you?

Well, he was very convincing! But of course, it’s very hard to imagine falling in love with Shosanna when there’s a man sitting in front of you. So that made me quite nervous too, but I was very happy to have fooled Quentin and [producer]Lawrence Bender when they wanted me to act in French. There was no French version of the script, so I pretended that I speak perfect French and translated them right away; the words I didn’t know in French, I said in Spanish, which I speak quite fluently. They didn’t notice that and they really enjoyed the fake French, so I think that was the important moment where Quentin thought, “OK, I want to do [this role]with him.”