Your job as an actor is to move your audience and allow them to enter into the fantasy world that you have created.

To fuel their imagination.

To bring some magic into their lives.

Most people can memorize and deliver lines.

Many people can deliver these lines in the ‘correct’ way and use the ‘correct’ facial expressions and body language to go with it.

Some can emote on demand.

That doesn’t cut it. The scene isn’t about you and how well you can emote- it’s about how you make your audience feel.

It’s up to you to BRING THE SCENE TO LIFE for it to be believable.

How do you do that?

You need to believe it yourself.

Read and re-read your script until you know every single detail and then research the hell out of your character. Find out what makes them tick, why they react in certain ways, what their beliefs are and what experiences have led up to this point.

If it’s not given to you by the script, imagine the rest. The more detailed you can make it, the better. Make strong choices.

When you are relaxed, your creativity will open up and you’ll be more able to act on instinct.

Step into your character’s body and see the world through their eyes. As you prepare for your scene, visualize what is happening immediately beforehand- this will help you find the right energy, pace and feel of your scene.

Focus on what is going on in your imaginary world, on the other characters and on what you (as your character) NEEDS.

Do not focus on whether or not your audience are enjoying it, and whether the director is happy with your performance or not.

Get lost in the world you have created in your imagination.

‘In the zone’, ‘In flow’ or whatever else you want to call it. That point when you forget to act. When you’re aware of your surroundings but are so focused on your role and what is happening in your scene that you don’t even think about it.

THAT is when it’ll be believable.

THAT is when you’ll move your audience. 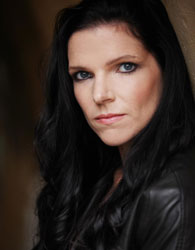