Self-tape auditions are becoming more and more common, but they don’t seem to be becoming more popular with the actors increasingly asked to do them.

In the past year I think I have had more self-tape auditions than in person auditions, at least at the initial stage of casting. Now, I am in Los Angeles where the self-tape phenomenon seems to be at its highest, but I know self-tapes are becoming more and more common in every market, and are a great way for Casting Directors to cast their net even wider.

I personally love a self-tape. In fact, I’d rather record a self-tape than audition in person for the initial audition. I haven’t got any hard data, but I’m pretty sure my booking ratio is way better with self-tapes, too! Yet I still know many actors who complain about having to do them.

So here are the top reasons why I love self-tapes, and why you should learn to love them, too!

How many times have you come away from an audition and wished something had gone differently? The drive there, the traffic, the parking, the rain! And that’s before you even encounter the audition room! The nerves of being in an unfamiliar space with a robot like non-actor reading opposite you, only getting to do one take even though you know you would have killed it on the second one! Most of these things are out of your control, and sure, they get a little easier the more you audition and improve your audition technique, but with a self-tape, YOU are the one in control:

You can choose your reader (maybe a friend you’re comfortable with who might also be an actor), you can choose the time of day you record, and make it work for you (as long as you meet the deadline!), you can watch it back to see what you like and what you don’t like about your performance – and make changes accordingly – and you can do as many takes as you want till you get it right!

YOU GET TO SHOW THEM (JUST) THE CHARACTER

Like many actors I enjoy playing roles that are ‘against type’. I don’t think any of us decided to become actors because we wanted to play ourselves over and over again. But who we are as people does factor in to casting director’s decisions. In real life I’m what you’d probably describe as a ‘nice’ guy – polite, friendly, and if I’m honest, a little boring! – so when I go in for the dark and disturbed villain, my own personality can work against me in the room. Those first few seconds when you walk into an audition room can make or break the casting director’s impression of you, and as a result, your audition. With a self-tape, you’re able to present just the character, and even if you need to include a slate, you can put that at the end so the first thing they see is you in character!

Whether you’re a fan of them or not, self-tapes are not going anywhere soon. And they’re not that hard to do. Sure, we all want it to look as good as possible, but casting directors aren’t expecting you to shoot your audition on a RED, most are happy with a mobile phone camera video, as long as you are well lit and can be heard clearly. I recently booked one the biggest jobs of my career through just self-tape and skype auditions, using my phone, so know how important they can be. I think ultimately it all comes down to your mindset. If you see self-tapes as an inconvenience you’d rather not have to do, you’re never likely to do your best work, but if you embrace the self-tape culture and take advantage of the added control they give us actors over our auditions, you just might find yourself wishing your next audition was a self-tape!

Previous ArticleTracy Letts: “I like to do things that scare me”
Next Article Goldie Hawn on Finding Success: “I believe you have to start with a craft; you don’t just start with a dream” 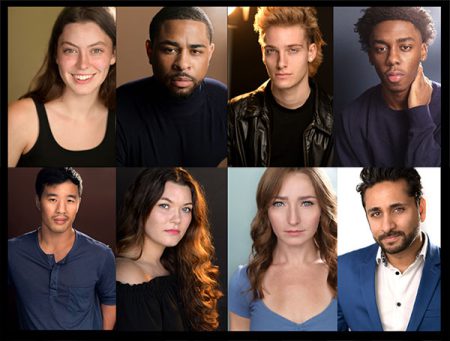