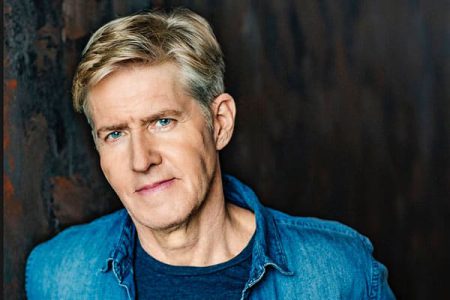 Interview: J.C. Mackenzie on ‘The Irishman’, Auditioning and the Importance of “Listening”

J.C. MacKenzie talks about working with Scorsese and his role in The Irishman, preparing for auditions and self-tapes and much, much more. Many actors can point to a single role that was a career breakthrough — but not all of them realize that it’s a breakthrough as it’s happening. Margot Robbie on Career Highs and Lows: “There’s another mountain! The hustle continues”

“It’s so much more fun for people to describe it as winning the lottery and the overnight sensation. But it was all very strategic: These are the steps that need to be accomplished.” – Margot Robbie Bobby Cannavale on ‘Vinyl’, Working with Scorsese and Being “the spokesperson for cocaine”

Cannavale talks about how his role on Boardwalk Empire led to Vinyl, what it’s like to work with Scorsese, and how he manages to survive snorting so much fake cocaine. “I think audiences want to watch characters go through something, so it’s kind of okay to leave things a little messy, a little undone, if we can be truthful to that.” – Susan Heyward on rehearsing The Most Expensive Commercial Ever Made, ‘The Audition,’ Premieres with Stars Martin Scorsese, Robert De Niro and Leonardo DiCaprio in Attendance

Earlier this year we brought you a clip from The Audition, the $70 million commercial… Margot Robbie: “Ironically, you have to do the bigger films in order to make a small film”

“When I first tried to do Z for Zachariah, I couldn’t attach enough value to my name” – Margot Robbie For the first time ever, Scorsese worked with both of his favorite actors, De Niro and DiCaprio on a commercial called, ‘The Audition’ Cristin Milioti Talks About ‘Once,’ ‘The Wolf of Wall Street,’ and Cell Phones in Theaters

Like many successful actors, Cristin Milioti wasn’t a name anyone would have recognized a year ago. Yet now she is the star of the hit Broadway musical Once (for which she was nominated for a Tony), starring in the indie film Sleepwalk With Me, and soon will have a major role in The Wolf of Wall Street, directed by Martin Scorsese.