UK Passport Office Claims Acting is ‘Not a Proper Job’ 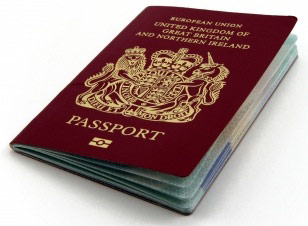 I’m sure all the actors reading this have at one time or another received some sort of disparaging remark about acting not being a “real job,” especially early in one’s career.  But to get the same guff from the people issuing passports… and in the UK, home of Shakespeare?  That’s rough.

But that’s what happened to Michael Sheldon, an actor appearing in the West End production of Three Days in May, when he was rejected after he attempted countersigning his daughter’s boyfriend’s passport application.  The application was rejected by the Identity and Passport Service not only because the photo was “unsuitable,” but ruled Sheldon as an ineligible signer because acting is not considered “a proper job.”

In response, Malcolm Sinclair, the president of Equity (the UK’s actor’s union), wrote a letter to Home Secretary Theresa May explaining that the assessment of acting that Sheldon received wasn’t acceptable.  He went even further to point out that if the passport office doesn’t see acting as a proper job, “Unless we are told otherwise, we must take it that the views of a clerk in the passport office represent those of the Government,” suggesting that the UK government as a whole must not view acting as ‘a proper job.”

The Identity and Passport Service is launching an investigation, but made sure to point out, “The occupation of the counter-signatory is not a determining factor in considering a passport application,” so it seems unclear how the “not a proper job” criticism even came about.

We actors get no respect!