Leonardo DiCaprio on His Current Place in Hollywood: “It’s an honor to be a working actor, period. And I’m not going to squander this opportunity” (video) 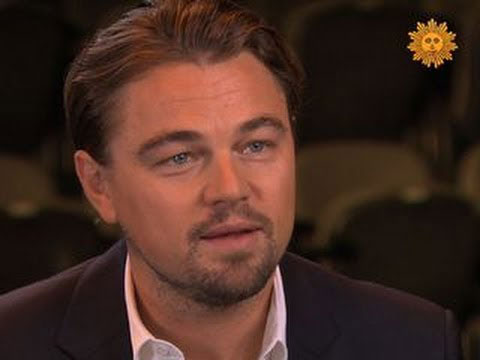 Many actors aspire to have a place in today’s Hollywood like Leonardo DiCaprio‘s… including DiCaprio himself, had you asked him 20, 15, 10, or even 5 years ago. In an interview with CBS Sunday Morning, DiCaprio spoke about his earliest aspirations to become an actor, which actor he has worked with who had the biggest influence on him, and how he feels about his current place in Hollywood.

Despite his current acclaim as an actor, DiCaprio never went to acting school. He reveals, “I went to drama class in junior high and high school, but I never had sort of formal training or anything like that, no.” However, he was always interested in acting. He explains, “I grew up in a kind of an artistic household. I was always kind of imitating my dad’s friends and I would imitate everyone around us in the neighborhood. And I’d carry that over in school and get into a lot of trouble constantly. Once I found out that people actually got paid for this, I was like, all right!”

Though DiCaprio appeared on television (most notably in recurring roles on Parenthood and Growing Pains) and low budget films like Critters 3 and Poison Ivy, he considered his first serious role to be 1993’s This Boy’s Life, in which he starred with Robert De Niro. DiCaprio recalls, “I’d never seen a set that serious before. Watching De Niro prepare, and you know, the chances that he would take with each scene — it wasn’t just about reading the dialogue, it was about, you know, creating something out of thin air.”

Though DiCaprio went from being a child actor to teenager heartthrob to respected veteran in his career, he claims that he always hoped to be at the place that he is now in his career. He explains, “I knew at 15 years old, like, this is the kind of actor I want to be. These are the type of movies I want to do, and that’s it. It’s an honor to be a working actor, period. And I’m not going to squander this opportunity.”

Share
Tweet
Pin
Previous ArticleHow Can You Spot a Fake Manager?
Next Article Joel Kinnaman on His American Accent, ‘RoboCop’ and Taking on a Franchise