Home » Film » Marisa Tomei: “Comedy is just all I want to do” 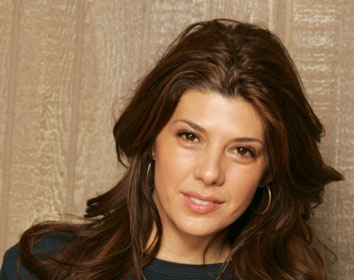 Noting her love for comedy, Crazy, Stupid, Love actress Marisa Tomei recently talked with Movie Line about what made her jump at the chance to improv with star Steve Carrell and where she’d like to go in future works.

“It did stick out on the page. It looked like you got to come in and just really play, and play hard and just get out,” said Tomei of reading for Kate, a middle school teacher who hits it off with Carrell’s character at a club before they realize that she’s his son’s educator. “We did a lot of improvising, and we also had a very generous schedule, so we were able to just keep going with it… Plus, the directors are really good laughers. It really gets you excited between the takes because they’ll just be like, ‘Oh my God, I couldn’t hold it in — I almost ruined the take!’ When you’re getting that kind of response, you just want to do more to keep making them laugh.”The filming process must’ve had a profound effect on Tomei, because now all she wants to do is be funny onscreen. “Comedy is just all I want to do, frankly.”