Rashida Jones on ‘Angie Tribeca’ and How Acting Can Be “Grind” 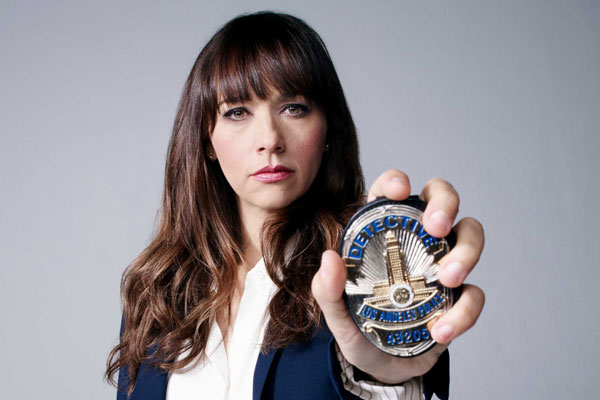 “It’s just that it’s a grind. To try for that to be your primary career, especially for women, it’s a bit of a grind.” – Rashida Jones on Acting

Shows centered around crime and cops are a dime a dozen, but how many CSI’s can there be? With that in mind, Steve and Nancy Carell decided to create their own cop based show, and with those two at the helm, audiences are ready to expect some comedy. With that, the satirical Angie Tribeca was born, and none other than Rashida Jones was cast as the title character. Before Tribeca debuted with a 25-hour marathon on TBS January 17, Jones talked to Vulture about how she’ll do “anything for comedy,” how Angie compares to the lovable Ann Perkins of Parks and Recreation and more.

Jones admitted it didn’t take too long for her to want to jump on-board with this series, “Steve and Nancy sent me the script, and it was honestly just so damn funny that I didn’t feel like I had an option. I was thinking about taking some time off to just focus on writing. And I read it and my first thought was, Oh no! Way too funny! I can’t not do the show. It’s a good problem to have.”

Fans may still see her as Lesley Knope’s BFF and she’s okay with that but did note how the two characters compare, as well as the differences between shooting each show. “On Parks, we had a lot of freedom in terms of blocking and the way the camera operated with the actors in the room. We were very loose. Even though we might have seven people in a scene, we had very loose marks on the floor, and we’d just do the scene and see if it was working, and maybe improv a little bit at the end when we got the scene down. In this, the jokes are in the script. They’re very obvious and they’re very funny, and the way to make them funny off the page is to execute them properly. So, for instance, there was a joke that was cut because there are just too many jokes in the show: I was having a conversation with [guest star]Adam Scott. He is a doctor and I say, ‘While I have you, Doctor, will you take a look at this mole for me?’ And I have an animal trainer between my legs handing me a mole — like an animal — and the mole is pooping in my hand. And I have to make sure to hold him properly so the mole is facing Adam so you can tell it’s a mole and not a rat or a ferret and hold a straight face and have Adam say, ‘You know what, that mole looks suspicious, you should have him checked out.’ And then I say, ‘Thank you’ and I hand the mole back to the animal trainer with the poop in my hand and continue the scene.”

Vulture also got her to open up about what drives her as an actor, “I had written a movie and starred in it (Celeste and Jess Forever) and was really proud of it. As far as an acting challenge, that was a big thing for me: to be able to write something that I felt really connected to. Life is long, and hopefully there will be many pathways to creativity for me. And acting is one of them, and it’s something that I’m still very passionate about. It’s just that it’s a grind. To try for that to be your primary career, especially for women, it’s a bit of a grind. That doesn’t mean I’m going to stop writing parts for women or for myself and pursuing that, but I just didn’t want to look at my future as this narrow path that’s just about acting.”