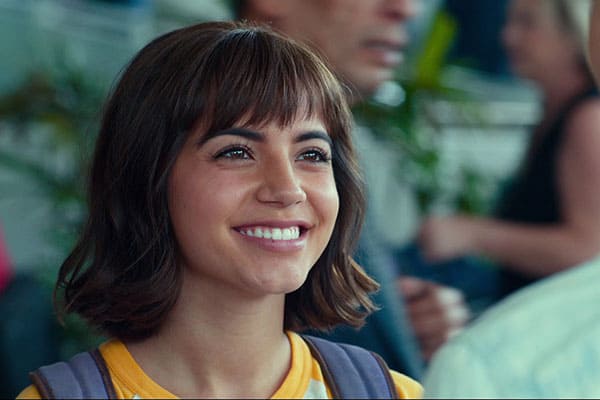 “Usually, my roles focus on the fact that I am Hispanic, and that’s great and all, but it would be really nice to play a role that’s written to be ethnically ambiguous.” – Isabela Moner

While anyone without kids might scoff at the idea of seeing a live-action movie based on the cartoon Dora the Explorer, actually making the film, Dora and the Lost City of Gold, is still a challenge for an actor. In fact, portraying such a happy, child-friendly character without coming across like a live-action cartoon is probably a lot more difficult than it seems. Isabela Moner, who stars as the famously inquisitive character in the film, spoke to The Hollywood Reporter about why she really enjoyed the opportunity to portray Dora.

For example, Moner (who also starred in Sicario: Day of the Soldado and Instant Family) admits that she was excited that playing a high school Dora gave her the opportunity to play the kind of character she had never performed and how she was influenced by great comedians. She explains, “It was actually kind of a relief because, usually, those are the roles that I’m offered. You’d be surprised… Directors and writers seem to think that only one kind of teenager exists: the angsty and sassy one with attitude. It’s fine to an extent, but it just gets boring as an actor. So, I was really excited to try something completely different. With this opportunity as Dora, the script itself already had that wit in place — that self-aware kind of humor that was a bit meta for the world it took place in. I just wanted to make her feel like you snatched her out of the animated show and brought her into real life. I wanted to do exaggerated facial expressions like Jim Carrey or Will Ferrell.”

Another aspect about playing Dora that Moner enjoyed was that her ethnicity wasn’t the focus of the character. She says, “There’s just not a lot of well-rounded or multidimensional roles for people like me. Usually, my roles focus on the fact that I am Hispanic, and that’s great and all, but it would be really nice to play a role that’s written to be ethnically ambiguous. That’s what I love about Dora because you kinda forget that she’s this Latina icon in the movie.”