I have a lot of actors asking me about which books I read when researching the business, as well as the craft of acting. So, I thought I would give a brief run down of the books that I currently have on my bookshelf (or have come highly recommended), along with links to buy those books if you find them interesting. This list is, by no means, complete — and I reserve the right to add to it as the days, weeks and months go on. But I think it is a great place to start.

I also want to say that I am not a book reviewer and don’t intend to give “yays” or “nays” to anything that list. I’ll leave it up to you to decide if the books are useful to you or not. The books have either been listed because a) the book came recommended, or b) I found the book at a time when I was searching for that specific topic, and I found it helpful. So, hopefully these books will give you the same support and inspiration that I was searching for. I have listed them in no particular order.

(Note: as I pulled the links for all of these books, I noticed that Amazon has a bunch of them on sale. Add them to your Wishlist!) 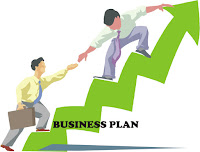 Self-Management for Actors: Getting Down to (Show) Business
by Bonnie Gillespie

The Actor Takes a Meeting
by Stephen Book

Acting as a Business
by Brian O’Neil

Making It on Broadway: Actors’ Tales of Climbing to the Top
stories from Broadway actors, edited by David Wienir, Jodie Langel

How to Act & Eat at the Same Time
by Tom Logan

Hitting Your Mark: Making a Life – and a Living – As a Film Actor
by Steve Carlson

An Agent Tells All
by Tony Martinez

Contracts for the Film & Television​ Industry
by Mark Litwak

The Backstage Actors Handbook
by Backstage, edited by Sherry Eaker

The Color of Style: A Fashion Expert Helps You Find Colors…
by David Zyla

Reinventing Your Style: 7 Strategies for Looking Powerful, Dynamic and Inspiring
by Jennifer Butler

A Star is Found: Our Adventures in Casting Some of Hollywood’s Biggest Movies
by Janet Hirshenson & Jane Jenkins

The Art of Auditioning: Techniques For Television
by Rob Decina

The Actor’s Audition
by David Black

On Singing OnStage
by David Craig

You Can Bank on Your Voice: Your Guide to a Successful Career in Voiceovers
by Rodney Saulsberry 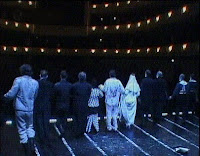 The Craft of Acting

Respect for Acting
by Uta Hagen

True & False: Heresy and Common Sense for the Actor
by David Mamet

How to Stop Acting
by Harold Guskin

The Intent to Live: Achieving Your True Potential as an Actor
by Larry Moss

The Fervent Years: The Group Theatre and the Thirties
by Harold Clurman

How to Get the Part… Without Falling Apart
by Margie Haber

Being an Actor
by Simon Callow

Zen and the Art of the Monologue
Jay Sankey

An Actor Behaves
by Tom Markus

Training of the American Actor
by TCG, edited by Arthur Bartow

Acting Teachers of America: A Vital Tradition
by Ronald Rand and Luigi Scorcia

The Artist’s Way
by Julia Cameron

The War of Art: Break Through the Blocks and Win Your Inner Creative Battles
by Steven Pressfield

Dig Your Well Before You’re Thirsty
by Harvey Mackay

Never Eat Alone, and Other Secrets to Success, One Relationship at a Time
by Keith Ferrazzi

Outliers: The Story of Success
by Malcolm Gladwell

How to Win Friends and Influence People
by Dale Carnegie

Getting Things Done: The Art of Stress-Free Productivity
by David Allen

Connected Marketing: The Viral, Buzz and Word of Mouth Revolution
by Justin Kirby

If you have a book you’d like to recommend, please send me an email. I’d like to read the book, and then add it to the list at a later date. I would prefer not to have people promote their books in my comments section – I don’t want this blog be too sales-y. Thanks!