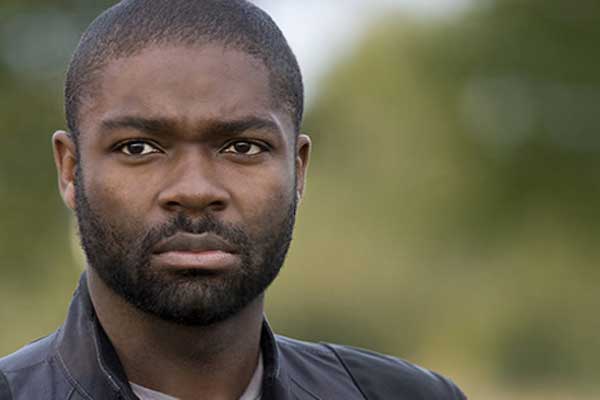 “Don’t send me your script if you want me to play the black best friend. I just won’t do that.” – David Oyelowo

David Oyelowo is perhaps best known for his role as Dr. Martin Luther King Jr in Ava DuVernay’s Selma. The film received great critical acclaim, including an Academy Award nomination for best film, but oddly, no nod for Oyelowo himself.

Undeterred, Oyelowo is fast gaining a reputation as an incredibly strong and versatile actor, a fact which is proven again in his latest film for HBO, Nightingale.

It is a single character drama, with Oyelowo taking the part of Peter Snowden, an American veteran suffering from a mental breakdown. An introvert and agoraphobic, Oyelowo reveals the part wasn’t originally written as African-American, but he saw the opportunity to play the type of person that “I’ve certainly encountered in having lived here now for eight years, but I very rarely see in cinema.”

However, despite being more than willing to take on a wide variety of roles, Oyelowo says there is one type of part he will not consider.

Oyelowo chose to follow method acting for his roles both in Selma and Nightingale, which he filmed first. Nightingale was his first time going method for a part; he says that up until that point he hadn’t felt any of his previous roles warranted it, but both Peter Snowden and Martin Luther King Jr. did.

“I stayed in character for the three weeks we shot Nightingale and for the three months we shot Selma,” he explains. “Ava [DuVernay] would call me out of the blue at times just to check — I think she was shocked that I was going to go through with this. This is how bad it got: I remember, my wife, we were moving house at the time and my wife called me and said, “So what do you think? Should we go for the gray curtains or the brown?” And I literally went, [in the voice of King]“Well, I think we should …” and she went, “Stop! Stop! I cannot talk curtains with Dr. King, we’re going to pick this up afterwards. What on earth are you doing?” So that was the moment I thought, “OK, I’m all the way in, here.” But yes, I just felt, for me, personally, I just felt you can’t half-do Dr. King.”

Share
Tweet
Pin
Previous ArticleRose McGowan Speaks Out Against Sexism In Hollywood and Promptly Gets Fired By Her “Wussy Acting Agent”
Next Article Josh Kelly on Soaps, Joining the Military and the Audition That Got Him the Job on ‘UnREAL’